Once upon a time, I started on the net with a Dutch nickname. That makes a lot of sense since I’m actually Dutch! When I asked Google to translate this Dutch nickname, they gave me a few options. Master Quill just sounded and looked the coolest. That’s all there is to it.

I started with Whisky around the millenium. Around that time someone let me try…wait for it…Jim Beam white, which I liked. After that I got a bottle of Jack Daniels Old nr. 7, which I didn’t like. Next step were Scottish blends. Just four or five of them. I changed my job to something more IT. Well in that world, single malts were HOT! I heard a lot of talk about Laphroaig and went out to get a bottle. Fell over seeing the price (well, hey, I wasn’t used to anything those days). Left the shop, but curiosity got the better of me, and I went back in. There I saw it, a 200ml bottle of Laphroaig 10yo. Green glass, flat bottle @ 43%. And you know the standard 10yo @ 43% was pretty fabulous then! I bought it and liked this instantly. There’s nothing like remembering the first time…

Then came the ‘Sponge-time’ gathering as much information as I could. Printed everything I found on the net. Hey there wasn’t much around then. Even books were scarce. Johannes proved to be something of a guru for me. Hit site was very informative and he posted so much notes. I got better at tasting and eventually became a Malt Maniac. After a few years I got a son, which prevented me of writing e-pistles, so I was relieved of my duties. Still it was a great time and I look back with fond memories.

Next was a new group. Het Genietschap. This is a long time existing group that unlike the MM’s don’t change a lot. You can’t get in, but when you do, you’re a member untill you die, but before that you get divorced. As you might have guessed Het Genietschap translates roughly as ‘The Enjoyers’. Well there’s a lot to enjoy around, but we mainly seem to enjoy Whisky (with good food and music).

If you have any questions or want to get in touch. E-mail Master Quill at the following adress: masterquill(at)ziggo.nl 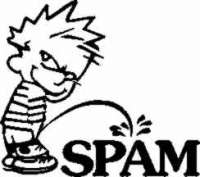