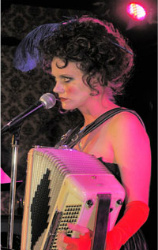 And here is another Master of Malt bottling. Earlier I reviewed a reduced Tomatin, that was a true disappointment. I didn’t even know it’s possible to ruin a Tomatin, since usually I like Tomatins. So with this one I do worry a bit. This also is a Bowmore of the eighties, which quite often turn out to be your better hand-soap (lavender and violets come to mind). I once tried a 1989 Berry Bros. & Rudd bottling that made me physically ill. That was a first for me, so I tried that one half a year later and it happened again.

Nose: Powdery and sweet. Not very Islay to be frank, hardly any peat or smoke. Lots of flowers though, soap, also some clay and thick, so it seems to have body. When freshly poured it is very closed. After a while some smoke trickles trough. Hey, waiting even longer there is peat too. All in minute quantities. Again not very Islay-ish. Is this really a Bowmore? Wet paper and a small hint of licorice. It’s not bad, but not very balanced either. Now we have sour oak. It’s fresh, fruity and floral, luckily not over the top lavender-soap eighties Bowmore.

Taste: Sweet and syrup, with ash and some wood. It actually attacks you in the beginning. The sweetness disintegrates quickly into something acidic. It’s like a syrup that shows, when stripped from your throat, some lemon. The attack is nice, and the middle is also quite nice, but bold tastes fade and leave you with a fairly dull and anonymous finish. What can this be, a strange and unusual Bowmore distillate in a Fino Sherry cask? Well, let’s leave it at that.

In the end it’s not a FWP-Bowmore from the eighties, but it also isn’t recognizable as a Bowmore either. It’s ok on the nose and when it enters your mouth is shows some promise. Halfway through though and especially the finish are a bit weak, which is a surprise after the bold body. But the most remarkable achievement is making and finding a Bowmore that has nothing to do with…Bowmore!

I caught a cold last week, which is very unfortunate when you try to write tasting notes. Fortunately my nose is back in business now, and in the process ‘got a rest’. Let’s start whisky reviewing again, with an example of a whisky that should be light and is ‘low’ in ABV.

There are two versions of this, one reduced to 40% ABV (this version) and one at cask strength, that was 57.6% ABV. This example was bottled by Master of Malt, maybe the biggest competition for The Whisky Exchange. Just have a look at their website for quite a nice collection, just don’t be fooled, a lot is sold out and stated as such. Looking around the net a bit, I already got a sense that the cask strength version should be much better. Those of you that are used to my reviews, know already that I don’t like reduction a lot, but I do admit that it sometimes cán work, let’s see if that is the case with this Tomatin.

Nose: Toffee with some acidity. Seems sweet at first, but quickly turns into something dry. Cardboard like woodiness. Fern with a hint of licorice, toast and ash. Quite floral later on, but the cardboard doesn’t give way. Not bad, but atypical Tomatin, for this lacks the (tropical) fruityness, we all know. Apart from the cardboard it is powdery and slightly mouldy.

Taste: Again dry, woody and mouldy. Ear wax. Wood spice and slightly bitter. Watery. Nothing more to it really. I hope the cask strength version is (a lot) better, because this is nothing special. Maybe this was reduced to death? Very atypical for a Tomatin, since it lacks all forms of fruityness…

For me a completely uninteresting Tomatin. This must be a cask that was sold off for blending. Would be interesting to try the cask strength version though, because at 40% ABV… well you get the picture…