Not the best of days, due to hard wind, but still reasonably warm and I just craved a cigar, so it was time to try a Montecristo Petit Edmundo. Now that I’m sitting inside writing this, the sun came out…

Montecristo Petit Edmundo (52 x 110mm, Petit Robusto, Box Code Unknown) saw the light of day in 2006 and is clearly a cigar tailored to two kinds of trend. The first being large ring gauges, fat cigars are in fashion. The second being short. We don’t “have time” anymore to sit down and enjoy a smoke. So we’re in kind of hurry, yet we are still able to enjoy a cigar thoroughly, just not for so long. A bit of a shame though. Personally I still have to get used to those thick ones, just look at this picture, doesn’t it look “Big”? For me anything more than say ø48 looks a bit, well, overdone. But that’s only me and I will try to thoroughly enjoy this cigar.

Ok, why is it called Petit Edmundo? First of all there is also an “Edmundo” that was issued in 2004. The Edmundo is a Robusto Cigar that looks more proportional, also with a ø52 ring gauge. Edmundo is 25mm longer. As I said, we all have no time, so they helped us by cutting off 25mm for us. That’s almost 20% off, and it’s also 20% cheaper, so that sounds ok. You’ll have a choice here that can be dictated by the amount of time you have. There is also a ‘Edicion Limitada’ issued in 2010, that’s called Grand Edmundo, a Robusto Extra, again ø52 and 40mm longer than the Petit Edmundo. The Price to length ratio is again the same, so more choice for those of us who have time on their side. Now for the Edmundo, who was this guy?

This happy camper here is Alexandre Dumas. You might know him from “The Three Musketeers” In 1844-1845 he publicized his second most popular work titled: “The Count of Montecristo”. Hey Montecristo! The main character in this story is Edmond Dantès. Being Cubans they turned Edmond into Edmundo. End of story. Nothing more to it. Let’s move on to the cigar shall we?

Taste: Cutting was quite a challenge. Keep your cutter sharp! Extremely easy draw. Salty wax on the lips. Abundant smoke from the very beginning. Smoke is woody and spicy. Very dry, no creamy ness at all. Some ammonia. This one is not so much a complement to coffee (Lavazza Sinfonia Espresso Intenso), but reinforces the same tastes. Both do that to each other. They cancel out each others diversity in tastes, a very striking trait. Only the dry woodyness remains. Definitively an after dinner cigar. You know, such a book by the fireplace type of cigar. Brown and black ash throughout. The draw is very easy. You don’t have to do nothing, the cigar smokes itself. Smelling it from the outside it smells a bit like a bonfire. 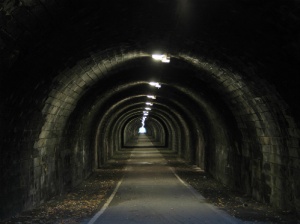 After the first 2 cm, the first signs of a lesser build quality appear, a crack near the foot of the cigar. It seems the wrapper isn’t strong enough for the growing filler. Further down the line, when the first ash fell off, some tunnelling was visible. When the second and last time the ash fell of a bigger tunnel was visible, wow. More strange phenomena occurred. After the halfway point, the cigar started to burn very unevenly and heavy corrections were needed. At the same time the wrapper started to ripple like the surface of water. It didn’t tear though. Also the cigar had a tendency to go out, so you would have to suck a bit more often to keep it lit.

Well it looked perfectly, very nice wrapper, but as it turned out, it covered a bit what was inside. Taste wise it was an ok cigar, with lots of smoke. Not very much evolution, but still decent taste though. The build quality was a big let down. Burn issues and tunnelling. Seems to me that it’s a popular cigar, and a lot of it is made at different locations. Probably had a lesser one.