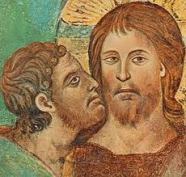 Well here is an example of the mother of all Single Malts. No it’s not the oldest distillery in Scotland, nor is it the first in anything. The oldest being Ferintosh at Ryefield (from 1689). The oldest still working distillery is Glenturret (1775). But once there was a time a lot of others added the “Glenlivet” to their own name to benefit from the success, and the known quality of Glenlivet, and who doesn’t know Glenlivet? Started in 1817 and ‘founded’ in 1824 when George Smith was one of the first to obtain a licence for his distilling. All of his illicit distilling neighbours, wanted him dead for it. Traitor!

In 1845 George leased Minmore farm, which he bought in 1858. Minmore was renamed Glenlivet a year later and is the site of the current distillery. Funnily enough, Cadenheads also state the name “Minmore” on their Glenlivet offerings. George died in 1871. Long live George and to his health we raise the glass with this Berry Brothers & Rudd Glenlivet. Slainthe George.

Nose: Fresh and spicy. Lots to smell here. Sour oak and honey, very “Bourboney”. Later on more elegant, refined, not very bold, even though there is a lot coming out of the glass. Distant smoke with powdery dryness. Apples and cloves. And something meaty, steak, gravy.

A grand old whisky with a lot of quality to it and with a woody punch. This is unique for me since it is bold and chewy at first but quickly transforms into something more fine, refined and elegant. Just a wee bit too bitter for me, hence no score into the 90’s. probably was aged for too long.