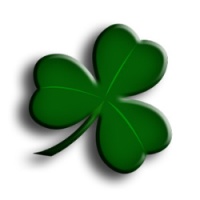 Why not continue our Irish Whiskey Week with another Tyrconnell, but first I’ll start with my thoughts about finishing Whisk(e)y in casks that previously held(fortified) Wines.

I come from a time where every single cask that was released was good by itself, so when the first finishes emerged we were quite suspicious of them. Was the Original cask too tired to produce a well aged Whisk(e)y? Especially Port finishes were considered to be strange. The color turned slightly pink, and the Wine bit, that leaped out of the glass was pretty harsh. Now that I (and Whisky makers) understand Port better we have learned that the best kind of Port for Whisk(e)y is Tawny (or Colheita or any other form of a Tawny, or oxidized Port, like old Whites). So today finishes have become more popular. I see a lot of people raving about different kind of Sauternes finishes, Marsala finishes, PX finishes and so on. On a more personal note. In the old days I found the odd Rum finish pretty pleasing, but it seems to me Rum isn’t a first choice from the industry anymore.

Nose: Strong and spicy. Malty and winey, but the winey bit isn’t overpowering the whole. It really is only an (balanced) addition. Adding something new to the Tyrconnell profile. Quite some creamy, wooden depth with licorice. Fresh cut oak. Earth and clay. Fresh butter. Good stuff. Spicy and powerful.

Taste: This packs a lot more punch at 46% ABV than the standard Tyrconnell. This version is also a lot more spicy and “older”. Cask toast and licorice, and medium wooden bitterness. All kept in check. The body is well-balanced and creamy, but towards the finish a sweet and slightly sharp and acidic winey note comes to the top, that also throws the Whiskey slightly off-balance. I also get some cardboard and bitterness in the finish. It doesn’t take air so well, so drink up, don’t let it sit too long in your glass.

Since I have just recently tried the “normal” Tyrconnell, does this one resemble the other one? Well no, but that may not only be the Port finish. First of all, a huge difference is made by the 46% ABV. 6% more alcohol is quite a bit. Second, this version is 10yo, and may even hold older Whiskey in the mix. And yes there is some Port going on, but as I mentioned above, this is not overpowering. If you can get past the finish, it does resemble a Tyrconnell though, again a sign they didn’t overdo the Port. Definitely a step, or two, up from the standard version, but still it didn’t quite work for me. Still not a big fan of finishes I guess…