The beginning of the year saw the launch of Cognac as a distillate to be reviewed on the pages of Master Quill. Serge calls it a Malternative and I think I understand why. Sure it’s another distillate, that’s not made from distilling Beer, like Whisky, but made from distilling Wine. A different distillate altogether. Is it an alternative to (Single Malt) Whisky? It’s not an alternative in taste, it’s too different, and I don’t come across a lot of cask strength Cognac’s to name but a difference. I do feel it can be an alternative to Whisky considering price. Most Single Malts are becoming more and more expensive (or younger a.k.a. the NAS phenomenon), and the consumer is looking for different distillates that are just more affordable. I always was interested in Bourbon’s and Rum’s but never considered them as alternatives, just different. But even those distillates are becoming more and more expensive.

In the case of Whisky, just look at the rise in price of your beloved eighteen year olds. Highland Park, Springbank, Longrow etc. You could buy Highland Park 18 for a lot less than it is sold for today, and I’m not talking about a decade ago, just look what happened in the past two years. You and I, who remember the old pricing, might not be willing paying double for it in the space of one year, but that’s no problem for the distillery. A new customer is willing to pay that amount, first fo all, because he or she can afford it or did not get used to the old price. This brings us right back to an alternative for Malts. This Frapin costs as much as a good blend, but as I said above, it tastes like something completely different. Personally I see it as a different distillate, with its own particular taste, love it or not, but it won’t make me trade in my bottles of Whisky, so in that sense it’s not an alternative at all…

I believe if you are looking for an alternative for your Whisky, you should look at other producers of Whisky, wo still can produce a nice and affordable Whisky. Sure if you love Whisky, you won’t find a replacement unless it’s a Whisky as well, but more on that later… 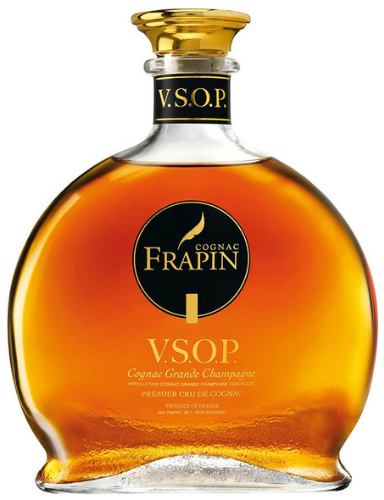 Nose: Quite woody. Orange skins. Fresh lacquer. Old bakelite. Cocktail Cherries. Definitely some oaky vanilla. Dry earth and woodchips, just like smelling Orchids. Sweetish. Sweet vanilla, but this time only hints of (sweet) licorice, something I get in a lot of Cognacs. Dry and dusty, like listening to Gheorghe Zamfir. Quite aromatic, but not very fruity or floral. Smells nice overall.

Taste: Wood, caramel toffee and lots of almonds, Quite sweet actually. Vanilla ice-cream. Hints of whipped cream. Some more fruit, but its hard to point out which. It’s like sweet yellow fruit yoghurt. Sweet, yoghurt, without any of the acidity or dryness. Quite light. The finish is the weakness here. Not a lot is happening over there. Only the candy cherry taste somehow lingers on a bit.

Baffling difference between the nose and the actual taste. It’s almost like the nose shows the potential, but the taste has been in part ruined. Added sugar maybe? Anyway, the whole is too light, and leaves next to nothing behind.