Marieke is, after Fonkel, the second Beer by Brouwerij Oostenburg. The people behind the brewery still don’t have their own brewery yet, but make their beers at the brewery of De 7 Deugden in Amsterdam, The Netherlands. Earlier you could read about the wonderful Fonkel, and today we’ll have a look at the just released Blonde Beer by Brewery Oostenburg. For those of you who can read Dutch, you might enjoy the nice romantic language on their site.

Brewery Oostenburg like so many others, started out as a hobby brewery but is rapidly becoming more serious, brewing special Beers for special occasions. The brewers, (no names are mentioned on the website), are trying to brew Beers with a flavor combination that was not there yet, so in that sense they started with the wonderful Fonkel (cloves). Marieke is a Blonde Beer, which to me doesn’t sound like something “special” since there are already numerous Blonde Beers around. Also a glance at the ingredients doesn’t tell us anything special. Still the wonderful Fonkel fills me with anticipation… 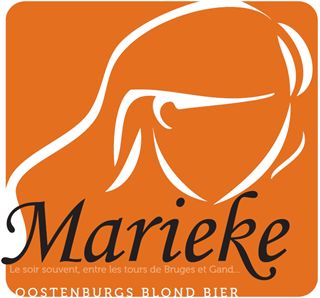 Color: Dark blonde, maybe even amber, with just the right amount of ivory foam, but less than Fonkel.

Nose: Fresh citrus odor. Hits of yeast and hops, but both are not very upfront. Advised drinking temperature for this beer is 6 – 8º C and that’s a temperature the nose of a Beer usually is pretty closed. What stays is the fresh or refreshing smell this Beer has. Very appetizing. The foam is about two centimetres thick, holds on for a while and then disappears rather quickly.

Taste: Very light when the beer enters the mouth. Light woody (hoppy naturally) bitterness and estery (tiny hint of banana) taste. Not the body I’ve expected. Short finish. The alcohol is not upfront. The refreshing nose doesn’t come back in the taste. And the whole taste dances around its, not too heavy, bitterness.

The strong points of this beer is in the beginning. Nice color, nice amount of foam. Clean looking with some dabs of yeast. Also nice is it’s smell. Is smells appetizing and refreshing. The taste however, for me, is too light. At entry, a nice bitterness helps the Beer along, but in the end the bitterness is too weak to give Marieke a nice voluptuous body. Marieke has a slim body, and actually, she doesn’t leave a lasting impression. That’s maybe Mariekes weakest point, a very light finish of hops and yeast which dissipates too quickly.

This beer has just been released and readers of my Beer posts will remember I believe in ageing Beers. This is freshly brewed and might gain from ageing. The brewers already got a lot right so I can imagine next batches of this beer to be even better. When tasting this Beer, I have found better development at a higher temperature than advised. 8 to 10º C seems more right to me.

In the end I’m quite disappointed with Marieke. Fonkel really is a Beer with an idea behind it and it seems to me the recipe was perfected over time (in a kitchen or something). This idea of brewing something special was conveyed onto us by word of the website, but Marieke, to me, has not that special idea behind its creation and may have been released too quick.

This is the first beer of Brouwerij Oostenburg, that’s why I’m posting it first, but I’m tasting it áfter the Marieke which will feature in the next review. Marieke by the way, is Brouwerij Oostenburgs new Blond Beer. Out now! I’m tasting the beers in reversed order, because I got them out of the fridge together and according to the brewers, Marieke needs to be drunk at a lower temperature. Second, Fonkel is an Amber beer at 7% ABV and Marieke is a Blond Beer, lighter in style with “only” 6.8% ABV. So first up is Fonkel since it’s the brewers first beer and next time I’ll review Marieke, including a little bit of info about the brewers. 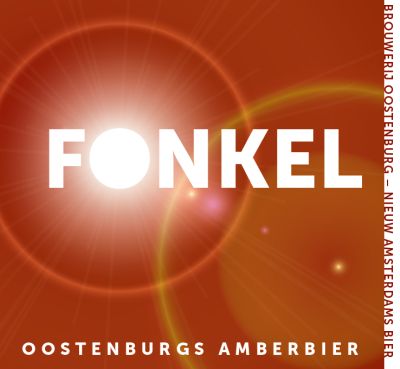 Nose: Definitely a darker nose than Marieke. Fruity and even slightly fishy and dishwater (burnt sugar in water) like smell. This adds to the character. This may sound negative to you, but believe me, this is no bad thing. From a distance the beer smells floral and gives off a lovely smell. You’ll read about it next time, but Marieke too is a nice smelling beer. The added spices are easily recognizable. Coriander, but above all cloves! A real winter warmer by the fireplace. I like the use of cloves in this beer, it brings back my childhood at Christmas. My mother always put some oranges on the table with cloves sticking out of the skin and exactly that is what I get from this beer.

Taste: At entry, this is a very nice Beer, loads of character and well made. I like it. A little bit of deep citrus skins, predominantly oranges and tangerines. But yes, here the cloves play a nice part to. Just read the part about the nose of this beer and copy it here. The taste matches the smell of this beer perfectly. Good masculine finish with medium bitterness combined with spices. The finish is long and stays with a nice hint of cloves. (Personally I would have liked a little bit more clove even, and maybe a tad of cinnamon in this beer, but that may not work, I’m not a brewer).

Well made and very tasty beer, which hits the right chords. With beers like this in your collection, who wouldn’t like winter! Advised to drink around 8 – 10 C, and I guess that’s about right. Recommended if you can get a hold of it since it seems to be only sold locally.