By special request a Talisker 10yo. Alas I don’t have a recent one open, so I’ll have to review an older expression that was bottled some ten years ago. I think this was from 2002 (L15R00029697), but it could be even some years older than that. Lot’s of names to distinguish the looks of the bottle, but this one should be the Map label (in Cream map box and a Brown glass bottle). Just have a look at the picture.

For those of you who have read my review of the 25yo from 2006, I don’t have to mention again how great I think Talisker is and how they are keeping the usual suspects on a high level of quality. Also consider the amount of Talisker they make these days!

Talisker saw the light of day in 1830. For a long time even, Talisker was triple distilled, but they stopped doing that in 1928. Like any good distillery they also had a big fire (1960). Talisker returned to form just two years later with exact copies of the destroyed equipment, mainly the five stills. In 1972 the malting closes. After that once in a while some equipment is replaced, but nothing major.

Nose: Yeah, this is the good peat! Very elegant and classy! After that creamy and toffeelike. Fern, clay, plants on wet soil. Hints of orange skin, no tangerine skin. Warming nose and given some time it even gets salty which really is rather silly in a description of the nose. This really is what I like.

Taste: Sweet, pepper attack, pepper as in black-and-white power or licorice. Hint of apple instead of citrus. Again elegant and balanced, and really no wood to speak of. The pepper attack stays on the tongue for a while and get some toffee in. So nice. This really shows you it’s the base of the 25yo’s to be. Its nice, but shows you the potential in growth. Such a shame there isn’t a cask strength version of this. That really would have been something. 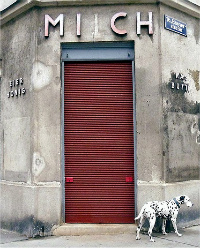 This profile is great and if you want this, you’ll have to pay some serious cash to buy yourself an old Islay whisky or even Brora. I know, an older expression of the standard 10yo Talisker is getting more pricey lately, but still nowhere near to the prices asked for the aforementioned bottles. Do yourself a favour and get it while you can, and beware, this is dangerously drinkable. This will be empty before you know it. I left myself a 125 ml sample of this, but I almost drank it all writing this! Stay away, just drink milk instead, its good for you, unless you are lactose intolerant I guess.