One from the (in)famous Raw Cask series. A lot of ‘stories’ are told about this one. For instance that Blackadder just throw any toasted cask trash they can get their hands on in there during bottling.  That would be a shame wouldn’t it? Blackadder are also the people who bring us bottlings from the Aberdeen Distillers series and the Clydesdale series in the dumpy bottles.

The whisky in the bottles was distilled on the 23rd of February 1981 and was bottled in june 2009. Why do we know the day of distilling, but not the day of bottling? And why does anyone bother to put ‘Oak Cask’ on the label? What else is there? Plastic, Japanese Fig? Still, Blackadder gives us more information than a lot of others…

Lochside Distillery commenced as a Whisky Distillery in 1957, but before that is was a brewery. The side was mothballed in 1992 and demolished twelve years later. Most bottles that are around today are from 1981 and 1991 and come from all kinds of casks, no, not plastic and Japanese Fig, but Bourbon and Sherry. Barrels, hogsheads and butts.

Nose: Fresh, spicy, but not very woody. Fat make-up powder. Vanilla with old paint. Licorice. Hints of a damp cellar. Flowery and you would expect it to be dry in the taste. After a while it develops in the glass. Sweat and dry construction wood or sawdust. If you give it some time and work it a bit, than it can be a very rewarding smell. In a laid back or introvert way. Again vanilla ice cream. Nice balance. 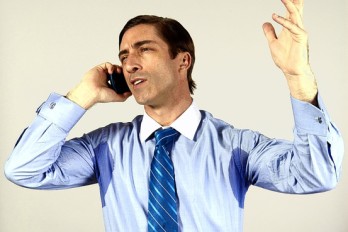 Taste: Wow, full body and spicy, Vanilla with apricot sauce. Nice! Yeah, this is it. Slightly beer like bitterness in the finish ánd black pepper. Alcoholic cherry bon-bon. Blueberry juice and creamy vanilla. Yes this has it all. When the bottle was opened at the Genietschap Lochside tasting, this was very closed and hard to score, but it has now opened shop. Very good. Like the nose, you have to work it a bit and give it a chance, but when you focus on the details, this is a gem!