Being a big fan of the Scottish tipple, I somehow ignored the products made in other countries for a long time. OK, I started out with Whiskey from the United States and very early on, some stuff from Ireland and Canada made its way onto my lectern, but that’s about it. If I tasted something else, I didn’t like it very much back then. Yes, back in the day the Whiskies from other countries, just weren’t all that good. More than a decade has passed now, and visiting the odd Whisky Show, I’m more and more exposed to whiskies from those “other countries” and guess what, they actually became pretty good! As we all have read earlier, Cyril Yates made some pretty good Whisky in New Zealand and here we have a Whisky from India. Whisky is getting really global! 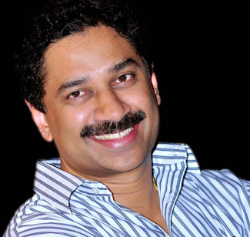 Paul John Single Malt Whisky is made at the John Distillery in Goa, India. The distillery only started in 1992 and in just 20+ years became a big player on the Indian Whisky market. Paul John Single Malt Whisky is a more recent addition (presented to the world on the 4th of October 2012 in London, England) to the portfolio that also contains the regional brand Original Choice, which sells 10.000.000 cases annually. The company also sells another brand of Whisky, but also Brandy and Wine. According to the distillery they only have one thing in mind doing business, to make the best product possible…

The core range of Paul John Single Malt Whiskies consists of the unpeated “Brilliance”, this lightly peated “Edited” and up untill now three Single Casks. The peat for the Whisky I’m reviewing here was sourced from Aberdeen and Islay, and I guess there is no better island to source one’s peat from than Islay! 25 to 30% of the Whisky in this vatting is peated to a level of 35 ppm (parts per million) of phenols, resulting in a Whisky that is has a peating level of 8 to 10 ppm. Yes, that’s lightly peated alright. The Whisky has matured for 4 to 5 years in first fill American oak. If you are expecting a (heavily) peated Indian Whisky than this is not for you. If you’re open to a peated whisky where the peat is not about…in-your-face peat, then you’re in for a treat, if you let it.

Nose: Malty and the slightest hint of peat. Perfumy and needs the warmth of your hand holding the glass. Hints of oily sowing machines. Powdery. Hints of citrus and vanilla ice-cream. A wee bit of drying wood, but when it gets to the right temperature is shows great balance. The powdery element is connected to some late fruitiness, that reminds me of vanilla yoghurt with apricots and mango. Mellow.

Taste: Malty again, and here the perfect sweetness does show up with toffee, mocha and vanilla. It was less sweet on the nose. This is nice! Extremely drinkable and 46% seems perfect for the profile. The ABV delivers a nice bite, but not alcoholic. Again a little bit of wood, but not typical oak, more like cedar or even plywood. I know this does sound horrible here, but it absolutely isn’t. The wood is in a curious way spicy and it delivers another type of bite or character, that sets it apart from most Scottish Whiskies. In the (medium) finish a little bit of paper and smoke appears (not peat).

Elegant stuff with a lot of potential. It is already a great start for Paul John, but I have a feeling they will make this even better over time. It’s time for the Scottish to wake up. The days of extreme pricing might soon be over and the consumer will wise up and turn to other whiskies, like Paul John and Amrut from India, amongst many, many others.