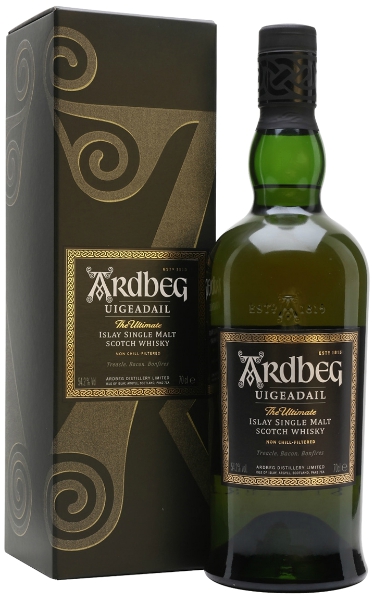 Nose: Nice soft and sweet peat and definitely some smoke rising from the bonfire (I found out later, bonfire is mentioned on the label). Bits of coal for good measure. Big aroma, perfectly balanced. In no way does this smell young or immature, remember this is a NAS bottling, right! Citrus and floral notes. Very fresh and working well with the peat ‘n smoke. The peat is fatty and brooding, but especially this peat reaches greater depths by the Sherry influence. I struggled a bit, at first, to “find” the Sherry, as I expected it to be far more upfront, maybe fruity and obvious, but in fact, it hid in plain sight, it hid in the shadows of peat, just shy of the gates of hell… uhmmmm… I got carried away a bit, sorry Auke. Nevermind, lets continue the review, shall we? Hints of forest floor late in autumn. Spicy, decaying wood, soft wood, but add to that a more meaty feel. Bacon is suggested by the label. I hate that. It indoctrinates the consumer, did I get bacon by myself or am I pushed that way? I can’t unsmell the bacon now, can’t I? Get it off the label, please Mickey, pretty please.

Next something that reminds me of crushed beetle (a ladybug actually, and yes, it was an accident). Yet also some licorice, and earwax on a breath of fresh air. Dry cocoa powder and salty, smoked bacon and more bonfire again. By the way, the label mentions treacle, something I don’t get on the nose. This just keeps evolving. Probably the influence of Sherry again. Hey, quite late to the mix some fresh oak, probably not virgin, but very upfront nevertheless. Even later in the mix some minute amounts of sweet ripe red fruit, of which raspberry is the most obvious to me. I say, excellent stuff again, just like the Corryvreckan. I hope all batches are this good, or did I get lucky again?

Taste: Ahhh, here is the treacle, and the peat and the smoke. Luckily the treacle is thin, making the entry not too sweet, although memories of old Demerara Rum, fly in and out of my head now, more than Sherry notes, although I do pick up some sultana’s, raisins. More liquorice and milk chocolate (liqueur). Burnt plastics and liquid bonfire. Luckily the label only uses three words “describing” this Whisky, which I can report are correct. Treacle wouldn’t have been one of my top three words, yet I understand why. Personally I might have gone for “Chocolate”, but it may be another word tomorrow, only human, y’know.

After tasting the Whisky, the smell gets more of those spices you smell around Christmas, as well as some kippers and creamy latex paint. Tastewise the odd plastic note remains, and in come some more youthful aroma’s hinting at young Whisky. Vanilla and salty butter. More smoke, but like an ashtray this time, mixed with liquorice notes. Sometimes some bitter woody notes, but not every time. Less balanced than the nose though. Fatty, but also with some acidity, splitting the Whisky a bit. The finish has medium length, with the return of the ashtray in the aftertaste. Nice long and warming aftertaste, better than the finish itself. Good stuff.

What an odd standard range. A TEN and two NAS bottlings. Beforehand, the difference seems to be the difference between Sherry casks and new French oak casks. Where one might say that one prefers the former, I have to say that in Corryvreckan the latter works very well. I really can’t say if that is true for all the batches that have been released, through the years, but my 2014 batch was very good indeed. If I was less adventurous, or have a shelf somewhere for bottles that I should have around all the time, both these NAS Ardbegs would be on there. Both wonderful Whiskies, well made, tasty and quite affordable as well.

H2H: Which of the two do you think is darker in color? Corryvreckan! Virgin oak is quite different from Sherry oak, and both nose differ as such. Uigeadail is dirtier and smokier, and saltier, and plastic-ier. Corryvreckan is more about American oak. More vanilla, creamier, very appetizing. Nose and taste alike. Both noses are great, but for me Corryvreckan has a very special side to it. I’m finishing the bottle right now (I saved the last bit for this review), but I’m really, really sad to see it go. Great one, and it certainly deserves my high mark, I mentioned above, both of these would get a place on my “always open shelf”, if I had one that is. I would recommend to have them both open at the same time. Both make the other one better, very different and that’s exactly why. One the main course and the other the perfect desert. I really have to look into a shelf like that!